N2N is proud to announce that they have launched usjapanbaseball.com in conjunction with the U.S.-Japan Baseball foundation. 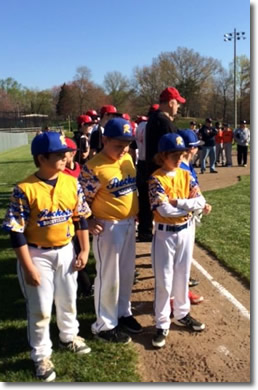 Through this exchange program, American and Japanese players will be able to experience the following:

To Play: Players will practice and play with peers from Japan and the United States.  They will learn unforgettable lessons about the style of play and philosophies used by other players from both countries, receive coaching from Japan and the United States, and will be challenged as players to reach beyond their normal comfort zone and push themselves to strive for excellence in all facets of the game.

To Grow: To participate, players must commit to complete approximately ten hours of instruction regarding the language and culture from the country of their peer players.  They will also be required to complete a service project with their peer players while in Japan and the United States, respectively.  Through this experience, they will grow as players and young as people by learning to set goals, working to achieve them, and having a great time in the process!

In sum, participating players will have an experience through which they will play, grow and live in ways that will create unforgettable memories and lasting friendships with their peers from Japan and the United States.